Nature is incredibly diverse, just as it is full of overflowing abundance. We don’t always see it, though it is there, and overlook our perennial vegetables the forgotten vegetables and fruits.

And yet, we often limit ourselves to a handful of well-known fruits and vegetables...Annuals hold a lot of value in today’s modern diet, though it is unwise to forget about all the perennials that got us this far.

Perennial plants are those that produce for more than two years, and we generally eat them more in the form a fruit, such as apples, oranges, blueberries, and so on. (Not all fruit — cantaloupe, watermelon, etc. — are perennial, but many are.)

There are, however, perennial vegetables as well, ones that can potentially provide years of harvesting rather than having to start from scratch every year. 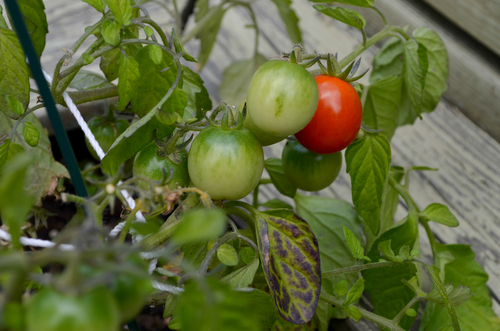 Believe or not, and despite common practice, tomatoes are actually perennial plants, and they can grow for years, supplying fresh tomatoes throughout that lifespan. The big problem, however, is that tomatoes are actually a tropical plant, so they can’t survive a frigid winter. The solution could be growing them in a greenhouse or putting them in containers that move indoors during the winter like our grow bags. Peppers, in the same family as tomatoes, are actually perennial as well. Again, the issue becomes the wintertime chills, which peppers do not like, so they, too, will need a place in a nice window using our grow bags. Okay, yet again, we are pulling something out of the nightshade family (the same as tomatoes and peppers) and growing some perennial eggplants. This, of course, isn’t the standard way on most farms, as eggplants are typically treated like annual, but they are perennial plants and will continue to provide vegetables if they are to survive the frost. Okra, a Louisiana favorite, and another heat-loving plant, is also a perennial vegetable, and it puts out a ton of food. In fact, an okra plant can reach up to seven feet high if it is loved right. The trick to dealing with okra is that it must be picked early and often. If it is left on the plant too long, it begins to become fibrous and woody.  We recommend using clips to keep the stalks from falling over. 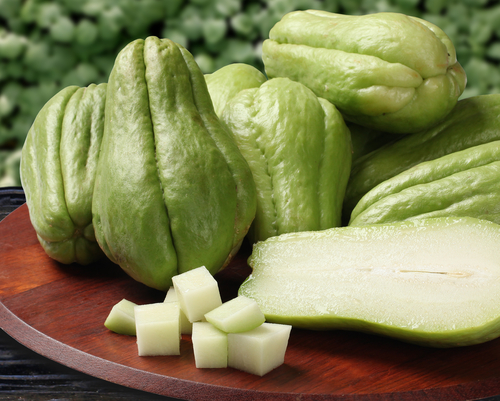 Chayote goes by many names (mirliton, chocho, chuchu, vegetable pear, etc.), but they are all the same: This is fantastic squash that grows on a massive vine, perfect for covering a pergola in the summer (when shade is needed) and then dying back in winter (when sun is needed). In the winter, just mulch the area where it grows to keep the soil warm, and it should return again when things heat back up. Jerusalem artichokes have been becoming more and more popular lately, and that’s a great thing. They are used similar to potatoes (they are also roots), though they can be eaten raw as well. These require a little bit of special attention as they are prolific growers and spreaders once established, so they might need a container and specific bed dedicated to them.

This one is possible in a variety of climates, and it is a very hardy plant. The roots, what we eat, are harvested in the fall and winter, and they have a serious warming effect on dishes to which they are added. Otherwise, horseradish is a great addition to gardens for the medicinal qualities (good for clearing the sniffles), and it can also be used to make a natural fungicide for other plants. This is not true for all onions and leeks, but there are certain varieties that grow perennial, and why on earth would we choose to use them? It would save us having to plant and nature little onion and leek seedling every year.

Adding a dash more color to our list, radicchio — sometimes known as Italian chicory — is a favorite addition to salads and slaw. It’s similar to cabbage. It likes full sun and comfortable temperatures. Once established in a garden, it will return every spring and fall to provide some food for the table. 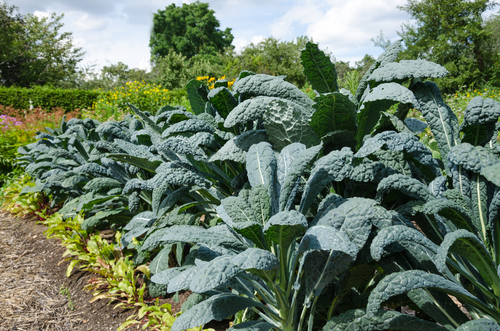 With no grand introduction needed, kale has made quite the name for itself among the “green” smoothie and juicing crowded. It’s loaded with nutrients, and the plants in the garden are generally loaded with leaves (just pick them as needed). Technically, it is a biennial, with a life span of two years, but it makes the list because it’s super crop for cold weather.

Make sure you mix up your planting, so that you can enjoy harvesting all year around.

Added to your cart: